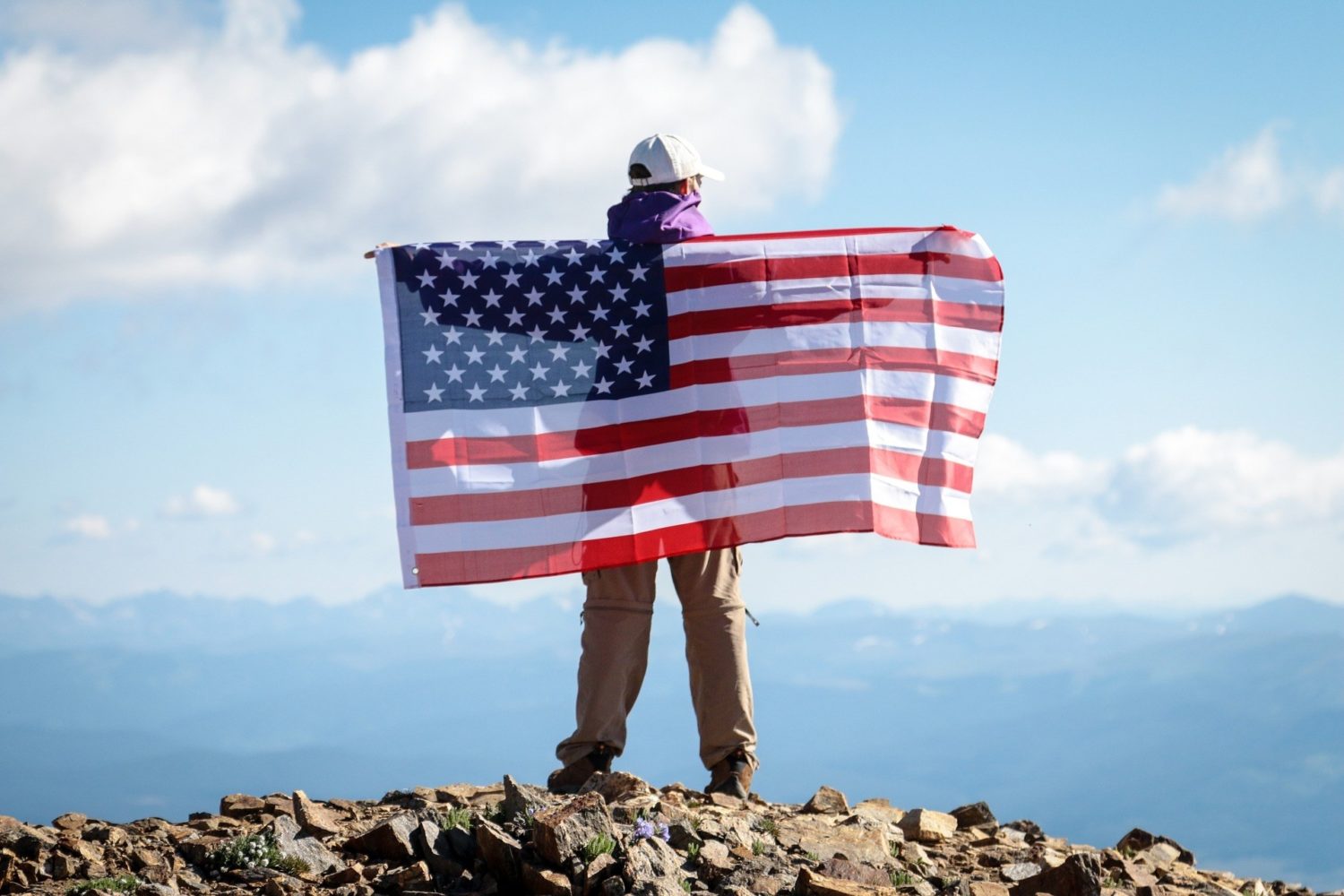 We may be caught up in backyard barbecues and pool parties with friends, but as we celebrate the 4th of July, it's important that we consider what this day means to us as Americans. Independence Day is a day that celebrates our nation’s independence and establishment as the United States of America. It commemorates the adoption of the Declaration of Independence on July 4, 1776, and it is always one of the most anticipated federal holidays of the year.

To stay in the spirit of the Fourth of July, we have been listening to some amazing podcasts that honor America and her incredible history. And we are excited to share this list with you! No, these are not “political” podcasts - they are neither left nor right-wing discussions, nothing to make your blood boil...only wonderfully interesting, fun podcasts for everyone to celebrate America together.

Here is our amazing list of 7 podcasts that celebrate America:

Name an American whom virtually every American knows about? Benjamin Franklin. He is pretty much one of the faces of America as one of the Founding Fathers, and this podcast is a podcast about the founding of America and early American history. It is for those of us who love history and want to know how it shaped America today. You don’t have to be a history buff to understand this podcast - it’s great for anyone who wants to learn a bit more about the founding of our nation! Nearly every episode features an interview with a guest historian, somebody who has researched and is knowledgeable in the podcast episode’s particular topic of discussion, whether that topic be “Thomas Jefferson’s Empire of Liberty” or “The Nat Turner Revolt.” In addition, the time warp questions are very interesting, posing hypothetical history questions to the guest about “what might have been” if the course of history had been slightly altered.

This American Life is the renowned public radio show heard by millions of Americans across the country. It is one of the most popular podcasts in the country, and for good reason. This podcast show is, essentially, a collection of American stories. What’s more American than listening to stories about Americans? It is great American journalism for your ears. Each episode has a very unique and simple theme, and it contains a variety of stories about that theme. This theme can be anything from stories revealing shady businesses to stories about mysterious deaths to stories of babies switched at birth. There is the perfect amount of variety and mystery to interest anyone.

This podcast is by a distinguished trio of US historians dubbed the “American History Guys.” The show “explains the history behind the headlines,” that is, it brings historical perspective to events happening all around us today. Each week, one topic is explored by this group of intelligent (and very funny and entertaining) historians through three centuries of American history. These topics deal with such things as advertising in America, the history of privacy in America, debate, censorship, marriage, drugs, gambling…and the list goes on and on. This podcast is quickly gaining traction and popularity, and we are ready to jump on board! You don’t even realize how much you are learning because you are having such a great time listening!

Discover “the story behind the story” of some of America’s most interesting, unusual, or unknown stories with this intriguing podcast. It explores the people and events that have shaped our history, going all the way back to biblical times. It tells the story behind the making of Casablanca, and it uncovers urban legends and myths, such as the myth behind Blackbeard. It discusses the greatest sports calls in history, the shark attacks that inspired Jaws, and the great mystery behind America’s “Lost Colony.” The episodes are fast-paced, entertaining, and extremely interesting. We can’t get enough of this show! (Note: We also love its “sister” podcast show, 1001 Classic Short Stories & Tales!)

Our nation’s history is deeply rooted in the history of New York City, the most populous city in the United States. Thus, this podcast about NYC history is, essentially, about the history of America. Every other week, hosts Greg Young and Tom Meyers delve into the stories behind the people, places, and history that make up the Big Apple. They are a very dynamic duo, and their personalities shine through their very engaging podcasts. They live in NYC with the mantra that it is not cheap to live in the Big Apple, so why not get your money’s worth by knowing more about it? From Ellis Island to the Lincoln Center to Truman Capote to Park Slope...each episode dives into some interesting historical tidbit of New York City that, in turn, reveals something about the history of America. New episodes are released biweekly, but there is an enormous store of over 200 episodes to discover, as the Bowery boys have been recording episodes since 2007. So don’t waste any more time and get listening!

6. I’ve Heard That Song Before

Yes, this is our very own podcast, and we are pretty proud of it! I’ve Heard That Song Before is all about the jazz standards from the Great American Songbook. The Great American Songbook is the canon of the most influential songs in America from the early 20th century. These songs, truly, are the sounds of America! They have been adapted and updated over the decades by various musical artists, but the songs still tell the same story. There is a lot of history behind the songs as well. You can learn more about the history of jazz and the Great American Songbook on our blog. This show is hosted by renowned Cleveland jazz musician, Joe Hunter, and he invites a different jazz-savvy guest to discuss several renditions of a popular jazz standard in each episode. Their conversations are light, interesting, and often very funny! What better way to celebrate America and Independence Day than listening to the sounds of America? Bonus: The songs discussed in this podcast would also make a great patriotic playlist!

7. You Must Remember This

This podcast explores the secret or forgotten histories of Hollywood’s first century. Former film critic Karina Longworth throws her passion for old Hollywood into this storytelling project, doing some investigative journalism along the way and sorting out what truly happened behind the films, stars, and scandals of the 20th century. Hollywood is the home of the U.S. film industry, the “birthplace” of American stars! You can listen to this podcast to learn the history behind the most popular American household names and events before July 4th! It is perfect for those who want to learn more about their favorite American actors and actresses, but who want more than just silly celebrity gossip. I mean, who knew that Grace Kelly’s life was not as charmed as it seemed? (She did marry a prince, after all.) You’ll have to listen to the podcast to find out why!

We hope you that you have a happy and safe rest of your summer and that you enjoy our America-loving podcast suggestions!