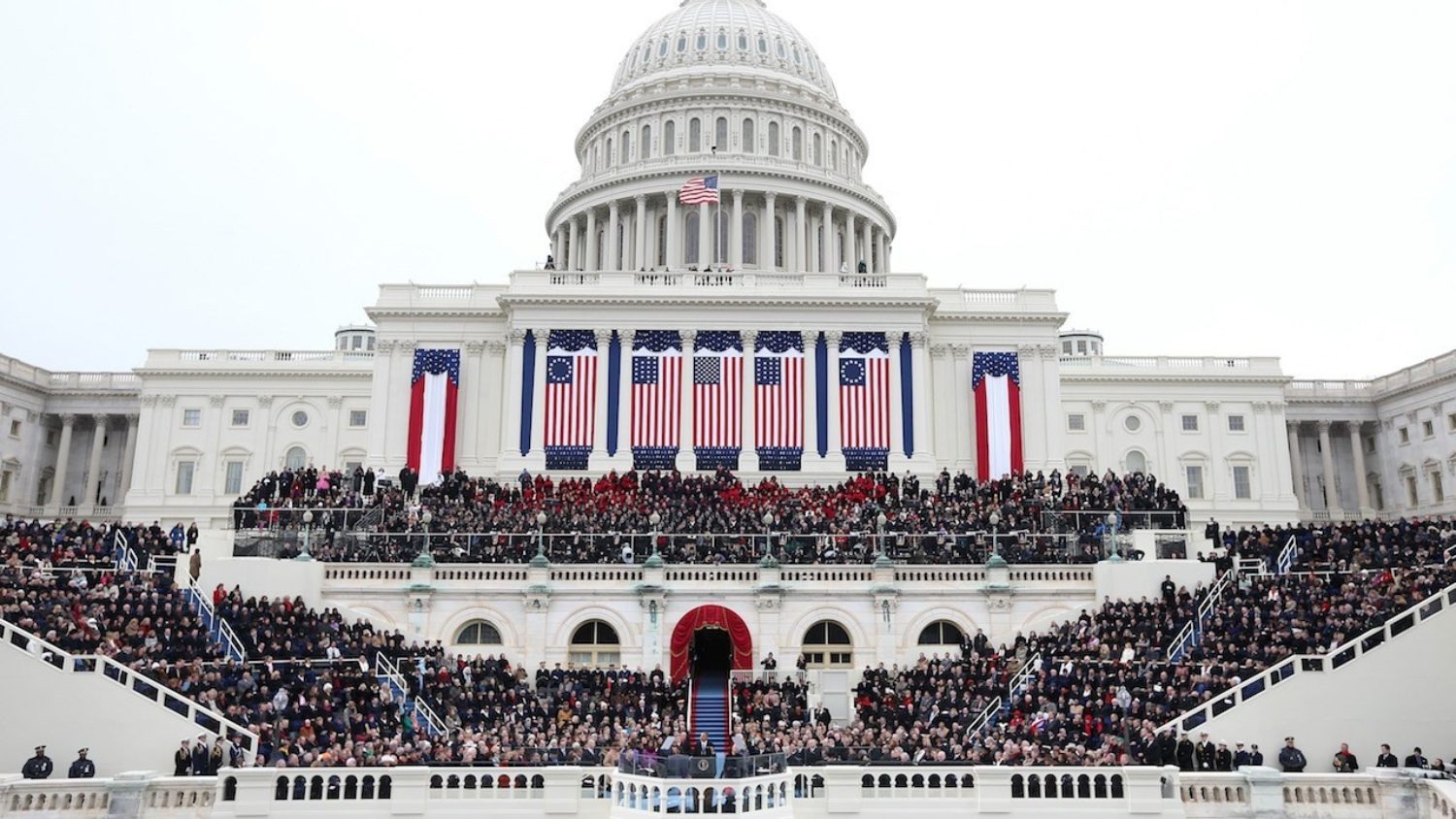 How to Throw the Best Inauguration Party Ever

No matter where you stand politically--left, right, up, down--try not to view this Inauguration Day as if it were the impending Apocalypse or just another Friday night. President-elect Donald Trump may be just the man whom you’ve been waiting to fill the White House, or you may view him as comparable to Lonesome Rhodes in “A Face in the Crowd.” Either way, however, Inauguration Day is an important and historic day, and it deserves to be properly honored.

You may not have received an official invitation to the Inaugural Ball, but that does not mean that you cannot celebrate on your own at home!

First of all, you have to decide what kind of party you are throwing. Will it be your own kind of fancy? Or will it be a fun, more laidback kind of party? If you decide to go black tie, then go all out! Have your guests arrive in their best, and serve fancy cocktails the White House would be proud of. You also can take it down a notch and still keep it classy by having everyone pull out their New Year’s attire and don their sparkles and shiny dresses again.

If you decide to take a simpler approach to your party, go all out as well! You may not get to wear a ballgown, but there is no reason you cannot pull out your best patriotic attire. Make good use of your red, white, and blue hats and t-shirts from last 4th of July! You can even make a costume contest and award the most creative or crazy outfit a fun gift (like this “Make America Great Again” hat!). There is nothing like a little competition to get everybody on board and excited.

Set the tone with the music

If you’re going to throw an Inauguration party, you cannot overlook the very important detail of the music (prior to turning on the television to watch the Inauguration itself, of course). We suggest making a playlist of favorite patriotic tunes, or a creating a playlist made up of Donald Trump’s favorite artists. (Warning: if you hate rock music, you might want to stick with our first suggestion).

Donald Trump supposedly loves Aerosmith, Elton John, Paul McCartney and Michael Jackson. And, of course, you have to play Twisted Sister’s “We’re Not Going to Take It.” Trump played this song at the end of all of his rallies, although the band eventually asked him to stop using their song (a request which Trump gracefully honored).

Get patriotic (or Trump-like) when choosing the snacks

If you are taking the fancier, black-tie route, then you might want to stick with wine and cheese. However, if you are having a simpler party, then try some new and fun red, white, and blue snacks (like this fruit flag or this 7 layer dip or any of these fun and yummy treats).

Or, for a humorous twist, you can make Trump’s favorite recipes, including fried mac and cheese bites! He also supposedly loves fast food, so if you are feeling a little lazy, then don’t hesitate to bring home a bag of Big Macs.

Everyone knows that the games are what make or break the party. President-elect Trump (love him or hate him) gives plenty of material for some hilarious and entertaining group games.

Do some research and come up with lots of funny Donald Trump trivia questions and make a competition out of who can guess the most facts about him correctly. For example, ask who can name the most tv shows and movies that Trump has made a cameo in. (Watch this youtube montage to see them all). Yes, our new president made cameos in both The Little Rascals and Home Alone 2….

You can also have more general presidential trivia games, including trivia questions from our entire nation’s history of presidents and inaugurations. I’m sure not everyone knows that President Lyndon B. Johnson had the most botched oath ever or that Dwight D. Eisenhower was accidentally lassoed by a cowboy in the reviewing stand on his inauguration day (more fun facts here).

Another, and far more interactive and entertaining, idea, is to have an inauguration speech competition. Have all participating guests prepare a speech prior to the party, and then have everyone present their speeches in front of the crowd officially at the party. The winner takes home a book of Inaugural addresses (or other fun prize of choice).

Has the party ended too soon? Or perhaps you want it to start earlier? We suggest watching some classic patriotic or presidential movies to get you (or keep you) in the right mood. Listen to our GLR podcast reviews of some of our favorites!