Scandals and Secrets about your Favorite Classic Writers

Back by popular demand! We are delighted to share even more juicy details behind the lives of the widely celebrated authors featured in Novel Conversations Season 6. Our beloved Season 6 authors have brought us decades - even centuries - of classic tales, timeless works, and unforgettable characters. Their personal lives on the other hand… kinda scandalous.

The famed Scarlet Letter novelist, known for his anti-puritan views and cautionary tales of guilt, sin, and evil are mainly inspired by his crazy family. Nathaniel’s great-great-grandfather, John Hathorne, was a leading judge of the Salem witch trials of 1692 where hundreds of innocent people were found guilty for witchcraft and many of them were executed.

Hawthorne, haunted by his ancestor’s shameful past, not only wrote his novels and stories in which innocent people were persecuted by overbearing Puritan authority figures, but he also changed his name. The author added a “w” to his last name - in part to make the spelling match the pronunciation - but also, to disassociate himself from a villainous figure; whom he wrote was “so conspicuous in the martyrdom of the witches, that their blood may fairly be said to have left a stain upon him.”

We all have a crazy great-great-somebody… You are not alone, Nate!

Woolf and her husband, Leonard had an understanding in their marriage, so when she met fellow writer Vita Sackville-West, a decade-long romantic relationship ensued. Apparently, the Victorian Era had an “open-relationship” policy that many employed between devoted lovers, despite its disastrous consequences. So, a relationship between the two novelists was not secret and, in fact, something that the women talked openly about… Both husbands knew it was happening!

Perhaps the most important thing to come out of the relationship was Woolf's novel, Orlando, in which the main character is a gender-crossing aristocrat who lives for over 400 years and has many relationships with both women and men. Vita’s son, Nigel Nicholson, once referred to Orlando as “the longest and most charming love letter in literature.”

The affair eventually ended but the friendship survived. Virginia’s marriage to Leonard also prevailed, happily enough, for almost thirty years until her tragic death-by-suicide at age 59.

Every struggling artist, musician, and writer goes through a period of ‘odd jobs’ to keep afloat. And Kurt Vonnegut, prior to his literary success, was not exempt from the side-hustle. Although we (creative humans) are all grateful for the extra cash flow, these jobs can be soul-sucking terrors that haunt our waking dreams. After returning home from WWII, Vonnegut bopped around from a car salesman at a Saab dealership to public relations at General Electric, to an English teacher and then started picking up writing gigs. (FINALLY). He wrote articles and short stories for magazines such as Collier’s and The Saturday Evening Post.

Vonnegut then briefly wrote for Sports Illustrated, where he only completed one assignment.

His task was to cover a story about a racehorse that jumped a fence and ran away. Vonnegut glared at the blank piece of paper for hours, mulled over his disdain, then wrote a single sentence and walked out the door. The sentence was, "The horse jumped over the f***ing fence."

His first novel, Player Piano, was soon published in 1952 with great success. The struggle was real, Kurt!

The Hardys, Thomas and Emma, were married for thirty-eight years (yes, that’s two years shy of 40!) and were never able to have children, which may have affected their relationship. But mainly... Emma was a wackadoo.

A close friend noted, "It gave me a sense of something intolerable, the thought of [Thomas'] having to live day and night with the absurd, inconsequent, huffy, rambling old lady. They don't get on together at all.”

After twenty years of marriage, Hardy published Jude the Obscure, known for expressing radical views on the (failed) institution of marriage and Christianity. It’s controversial themes included children born out of wedlock and conjugal relationships between cousins. Some book merchants would wrap it in brown paper before selling it to the public. Emma disapproved of Hardy's novel and believed the relationship between Jude and Sue paralleled her strained relationship with Hardy.

Emma and Hardy spent more and more time apart… a.k.a. Emma hung out mostly in the attic rooms, which she called 'my sweet refuge and solace.'

Then, Mrs. Hardy died unexpectedly in 1912. Ahhh, the miracle of gallstones!

Thomas, soon after, remarried to Florence Dugdale, his long-time mistress.

According to Newsweek, ‘The two British authors, J.R.R. Tolkien and C. S. Lewis, dominated the world's imagination with their original works, which have been translated into more than 39 languages, printed in more than 300 million copies and were optioned into films earning more than $6.4 billion combined at the global box office... Tolkien and Lewis enjoyed an unshakable friendship - a relationship directly responsible for the creation of The Lord of the Rings and Lewis's Chronicles of Narnia.’

The success of these two great works are undeniable, however, the journey to the top was never an easy one. During his preliminary drafting of Narnia, Lewis started undergoing a crisis of faith. Lewis grappled with atheism, causing a great struggle within his own belief system. How could he write clearly of Christianity if his own inner signal was lost?

Tolkien aided his fellow Inkling in a walk and a talk; and with a little encouragement and direction, Lewis had decided to return to Christianity. This reunion of faith sparked Lewis's imagination, and he began to weave Christian themes into his writing... and the Chronicles of Narnia was born.

If that isn’t a bro-mance… I don’t know what is!

While our authors may have led lives similar to ‘The Real Housewives of New Jersey,’ nothing stopped them from giving us the gifts we know as: Hester Prynne, Clarissa Dalloway, Billy Pilgrim, Jude Fawley and many more! Please be sure to listen to some of the world’s greatest stories in Season 6 of Novel Conversations.

When and Where can I listen?? Here’s this season’s episode release list:

Join us every other Tuesday for eight brand new episodes. Enjoy! 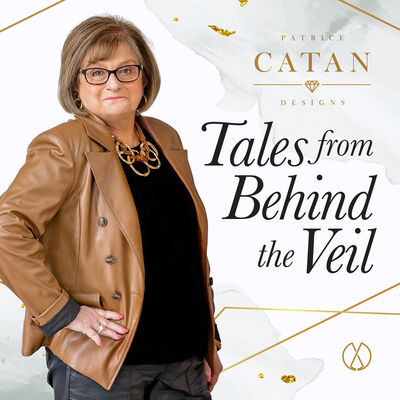