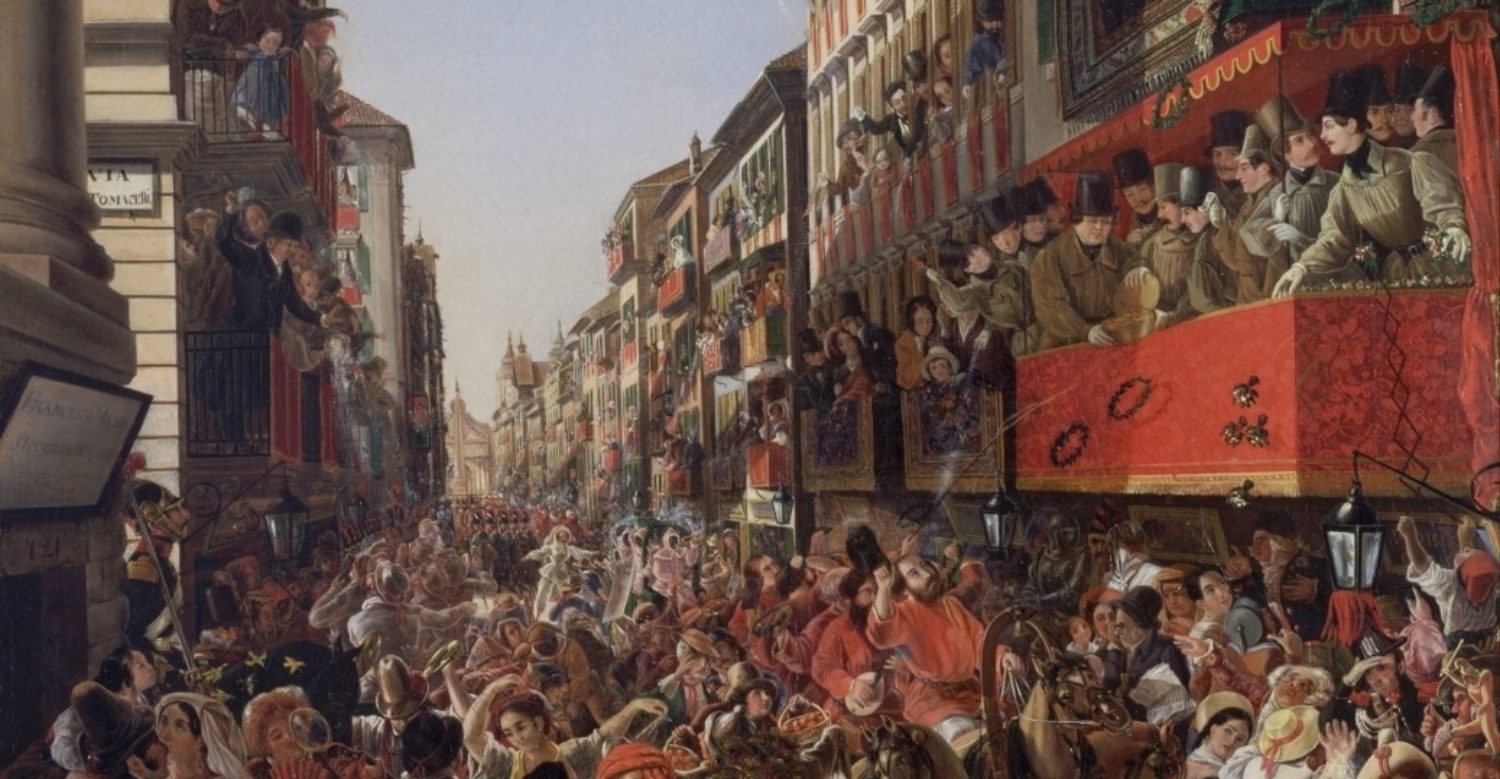 The Ancient and Literary History behind Mardi Gras

Mardi Gras is an annual celebration often associated with impressive parades, masked balls, carefree dancing, and flowing alcohol. More often than not, terms such as “Bourbon Street” and “king cake” come to mind before the terms “Ash Wednesday” or “Lent.” Nonetheless, there is a lot of rich history behind Mardi Gras dating back to early Christianity, and even before Christianity.

Sound familiar? That’s because Mardi Gras, as we know it, is the celebration of “Fat Tuesday,” the day before Ash Wednesday and the beginning of the 40 day period of fasting and temperance known as Lent. Lent is a Christian observance, as it is the 40 days leading up to Easter Sunday, when Christ rose from the dead.

This Christian celebration of Mardi Gras spread from Europe across the whole world. It reached North America in the late 17th century, when French settlers brought it with them to the southern states, particularly Alabama and Louisiana. French-Canadian explorer Jean Baptiste Le Moyne Sieur de Bienville settled about 60 miles south of New Orleans in 1699 and named it “Pointe du Mardi Gras,” and he also established what is now Mobile, Alabama, in 1702. In 1703, the first Mardi Gras was celebrated on American soil in this tiny settlement of Mobile. New Orleans was settled in 1718 by Bienville, and, of course, the observance of Mardi Gras soon followed. By the 1740s, New Orleans had established the elaborate Mardi Gras balls that it is well known for today. There really is no city in America that celebrates Mardi Gras quite like New Orleans does!

Furthermore, this ancient, famous celebration also has roots in classic literature! In The Count of Monte Cristo, there is an episode describing an early Mardi Gras Carnival experience. Simply called “Carnival,” this early Fat Tuesday celebration took place every year in Rome. It directly preceded Lent, and, like today’s Mardi Gras celebrations, it started way before the actual Fat Tuesday and lasted for weeks. However, Carnival then was celebrated a bit differently than Mardi Gras is today. Rather than starting out with a MoonPie or cocktails to prepare for the parades, the Count (Dantes), Franz and Albert attend a public execution before breakfast! Luckily, not all traditions have stuck throughout the centuries… 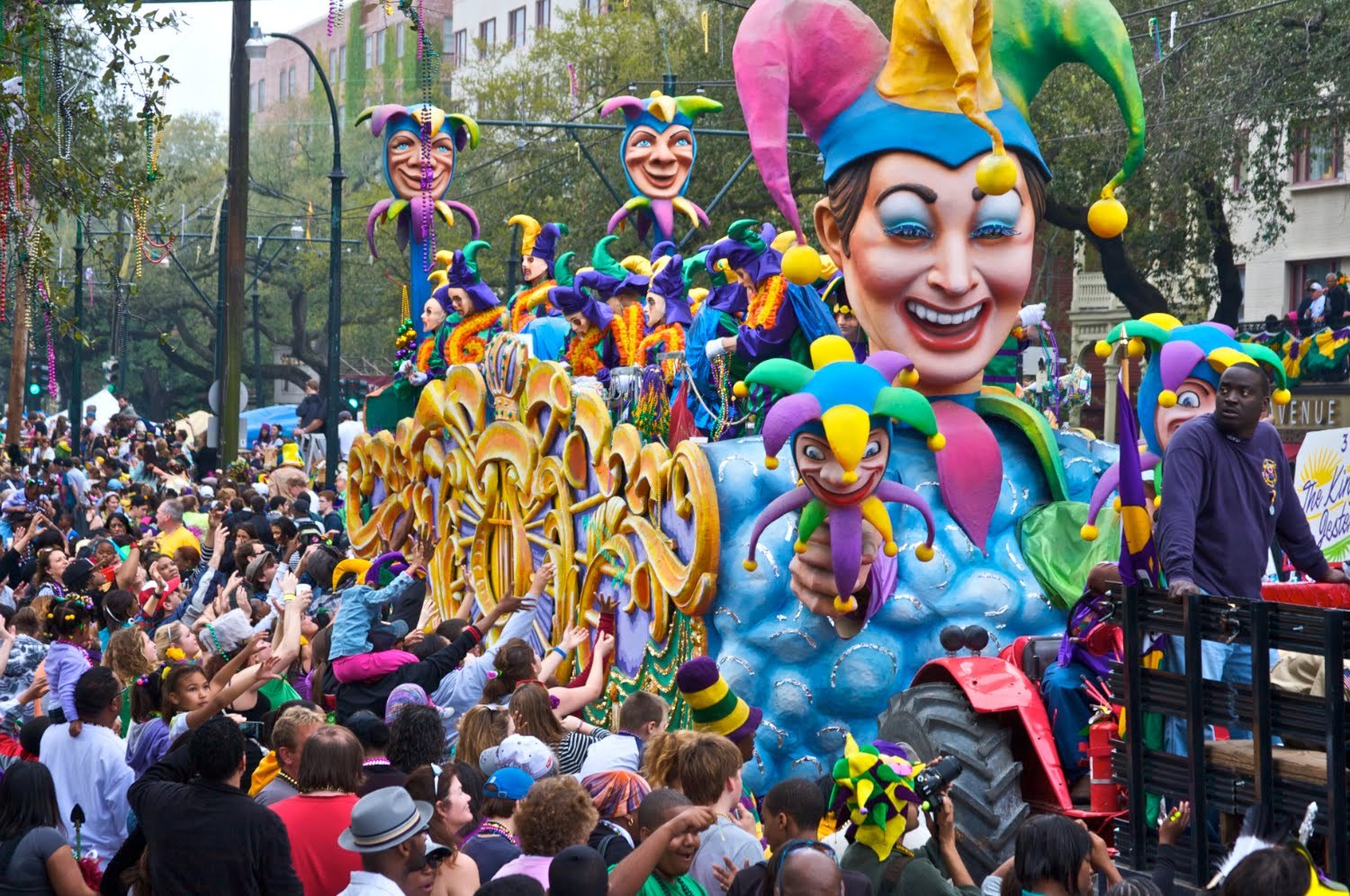 Another classic novel that is even more renowned for its Carnival references is A Confederacy of Dunces by John Kennedy Toole. It is regarded as the most famous piece of fiction about New Orleans. It brings New Orleans, the French Quarter, and (most importantly) Mardi Gras to life! From its colorful characters to its accurate usage of Louisiana accents to its descriptions of the [in]famous Bourbon Street, A Confederacy of Dunces offers a lot of valuable insight and history into the observance of Mardi Gras in the South. There is even a statue in New Orleans of the main character, Ignatius Reilly, in front of the D.H. Holmes department store. Fittingly, the only time all year that it is moved is during Mardi Gras, so that it is not marred by all the spectators! (Reilly seems to “stand in for Mardi Gras” when Mardi Gras season is no longer!)

Interestingly, books are and always have been a popular theme for Mardi Gras parade floats. Some of the more famous Mardi Gras krewes that were inspired by literature include the 1914 Comus parade that sported Chaucer characters, or the Krewe of Barkus parade in 2005 with the theme of “Harry Potter and the Sorcerer’s Bone.” In fact, the “Golden Age” of Carnival (1870s-1930s) was an age marked by elaborate parades based on literary themes. And today it is still very common to see parade krewes use particular books or authors as their overall themes.

And so we urge you to celebrate Mardi Gras in style this year, no matter where you are from, with a little bit more knowledge regarding the origins of this ancient celebration! It is one “holiday” that just keeps on getting bigger and more exciting, and it is definitely not something you want to miss out on! And be sure to read A Confederacy of Dunces for more Mardi Gras fun!