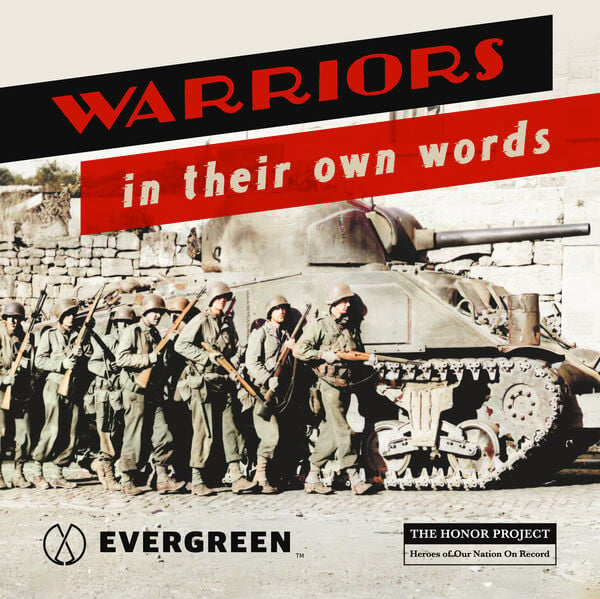 This past Memorial Day, in Hudson, Ohio, retired Army Lt. Col. Barnard Kemter was a guest speaker. He spoke about the meaning of memorial day, and the importance of honoring the fallen. He also spoke about the holiday’s origins, and how one of the earliest examples involved freed black slaves honoring fallen union soldiers after the Civil War.

During this part of his speech, Lt. Col. Kemter’s microphone was cut, intentionally, by event organizers from the local American Legion chapter.

Today, we bring you Lt. Col. Kemter’s Memorial Day address, in its entirety. 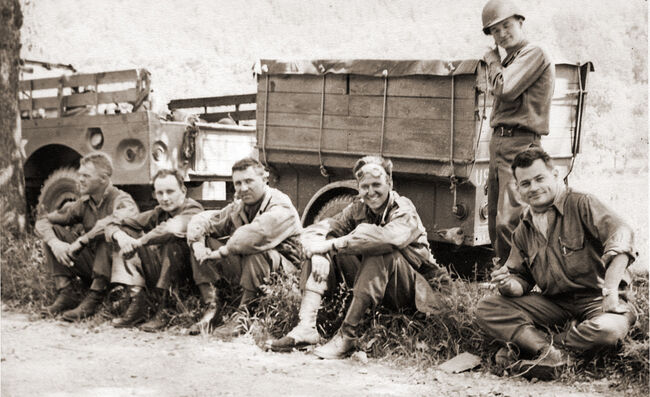 Today, we’re bringing you a bonus episode of Warriors In Their Own Words. This past Memorial Day, in Hudson, Ohio, the guest speaker was retired Army Lt. Col. Barnard Kemter. He spoke about the meaning of memorial day, and the importance of honoring the fallen. He also spoke about the holiday’s origins, and how one of the earliest examples involved freed black slaves honoring fallen union soldiers after the Civil War. During this part of his speech, Lt. Col. Kemter’s microphone was cut, intentionally, by event organizers from the local American Legion chapter.

In the weeks since, the two legion members responsible for censoring Lt. Col. Kemter have had their memberships suspended, and the American Legion National Commander released this statement: “National headquarters is very clear that The American Legion deplores racism and reveres the Constitution. We salute Lt. Col. Kemter’s service and his moving remarks about the history of Memorial Day and the important role played by Black Americans in honoring our fallen heroes.”

Today, we bring you LtCol Kemter’s Memorial Day address, in its entirety.

Welcome. It's a pleasure to see so many of you turn out to honor and pay our respects to those who gave our lives while serving our country. I'm Lieutenant Colonel Barney Kemter. I'm an alumnus of Hudson High, class of ‘62. For those of you who want to do the math, that puts me about 77 years old. Many of you have read my posts on Facebook. I grew up in Hudson. Now you have an opportunity to put the face with those posts and enjoy them, it's the history of Hudson going on. Five years ago, I had the honor of addressing the group at the Memorial Day service here, at which time I brought to life several of those men who we remember here today.

This is Memorial Day. It is the day we pay homage to all those who have served in the military and didn't come home. This is not Veteran's Day. It's not a celebration. It's a day of solemn contemplation over the cost of our freedoms. Memorial Day was born out of necessity. After the American Civil war, a battered United States was faced with a task of burying 600,000 to 800,000 men and women who have lost their lives in that service, both Union and Confederate. It was the biggest, bloodiest military conflict in American history.

The first national commemoration of Memorial Day is attributed to Arlington Cemetery, May 30th, 1868, where both Union soldiers and Confederates were buried. Several towns across the country claim fame for being the first Memorial Day service, where people went out and decorated graves, which remains a central activity of Memorial Day, but something different has happened in recorded history that we're not aware of:

It wasn't until a remarkable discovery in a dusty Harvard archive that in the 1890s, a historian discovered several interesting newspaper clippings and handwritten notes. Memorial Day was first commemorated by an organized group of black, freed slaves less than a month after the Confederacy surrendered.

Recent years, the origins of how and where Decoration Day began has sparked lively debate amongst historians. However, Yale historian, David Blight, asserts the holiday is rooted in a moving ceremony. It was conducted by freed slaves on May 1st, 1865 at the tattered remains of a Confederate Prisoner of War Camp. It was a Charleston Washington race course and jockey club, today known as Hampton Park. The ceremony is believed to have included a parade of as many as 10,000 people, including 3,000 African-American school children singing the Union marching song, “John Brown's Body”. They were carrying armfuls of flowers and went to decorate the graves. Interesting that there would be a tie back to Hudson with that song, John Brown.

Most importantly, whether Charleston's Decoration Day was the first, it was attended by Charleston's black community... Hey Jake? Mic? We’ll continue on. This is why you moved in closer, so you can hear this.

Most importantly, two weeks prior to the ceremony, the former slaves and workmen exhumed a mass grave of 240 Union soldiers and officers. They then took those remains and buried them, individual graves with honors. Now, each soldier was given a proper burial. They constructed a fence to protect the cemetery site and erected a sign over the entrance that reads martyrs of the race course. The dead prisoners of war that the racetrack must have seen especially worthy of the honor that former slaves had in treating their remains because there was a tie between the slaves at that time and the Union officers and soldiers because both suffered imprisonment and mistreatment by their captors.

Not surprisingly, many white southerners who had supported the Confederacy did not feel compelled to spend a day decorating the graves of their former enemies. I can understand that, being in the military.

In the following years, it was the African-Americans in the South who perpetuated and kept alive the Memorial Day tradition at that time. Now, my generation, probably some of you, grew up listening to the radio and listening to Paul Harvey, the commentator who at the end of his specials would say, "And now you know the rest of the story."

[Kemter’s Mic is Turned Back On]

Well, now you, too, know the rest of the story about Memorial Day.

If you visited this morning's tribute to the fallen heroes on what we old timers referred to as the village green, all the men that were described there shared something in common, and that was their oath and obligation that they swore to. “I do solemnly swear that I will support and defend the Constitution of the United States. That I will bear true faith and allegiance to the same. That I will obey the orders of the president of the United States and orders of the officers appointed over me according to regulations and the uniform military code of justice, so help me God.”

Now, that oath is incurred by those young men and all of us in uniform who have served. That's a pledge, a gift of our lives to the United States of America. It is a major oath and part of our military way of life. It forms the bedrock for which we stand and what we support in this country. The oath embraces what we do and we let it guide our military service.

I remember 56 years ago, raising my right hand when I took the oath and obligation and enlisted back in April 1st, April Fools Day, 1965. Time stood still because I mentally paused and reflected those words that we said. I was invincible- at least I thought at that time, being young. Then it came to me, the realization: this is no joke. This is for real. As soon as they administered the oath of enlistment, I felt a side of patriotism. I had joined something bigger than I was. I thought if I would die, I would be defending the framework and the beliefs of the nation. I would do so willingly because I had taken an oath and an obligation. I chose the military. Part of making that official, the oath, was the promise we made to become a part of an elite group of Americans. We made an oral commitment, so we'd know what our country means to us, and what we would do to defend it, its values and the right to our freedoms.

We're here today to pay tribute to those who freely took the oath and ultimately gave their life in defense of our country and way of life. Part of the Memorial Day celebration, traditionally, is a period of silence at 3:00 in the afternoon. I invite you to join me at that time and personally remember the young men whom I personally knew in my youth growing up that answered the country's calling. Marine Corps Second Lieutenant, Ronald Davidson. Marine Corps First Lieutenant, Jerry Gorney. Navy Commander, John D Peace III. Air Force Captain Joseph Rosato. Army Sergeant Armor Wilcox III and more recently, there were two people added to this. They were from Peninsula and they attended Hudson high school. They were Army Sergeant Joseph Sabka and Captain Thomas Shaffer.

Now, something for those people who have deployed, who have gone overseas away from their families, whether voluntary or involuntary, is the thoughts that run through the soldiers:

Thank you for listening. A full transcript of the LtCol.’s speech is available in the show notes for this episode.

Warriors in Their Own Words is a production of Evergreen Podcasts, in partnership with the Honor Project. Our producer is Declan Rohrs, Brigid Coyne is our Production Director, and Dave Douglas is our Audio Engineer. Special thanks to Evergreen executive producers Joan Andrews, Michael DeAloia, and David Moss.

I’m Ken Harbaugh, and this is Warriors in Their Own Words.

Warriors In Their Own Words May 30, 2022 | S:2 E:39
Ken shares his thoughts about how Memorial Day is celebrated....
Listen to A Memorial Day Message from Ken Harbaugh

Warriors In Their Own Words May 26, 2022 | S:2 E:38
Whitcomb served in the United States Air Force as an OV-10 Forward Air Controller, and joined the Ravens, a classified program that operated durin...
Listen to Col. Darrell Whitcomb: The Raven Pilots in Laos Part II 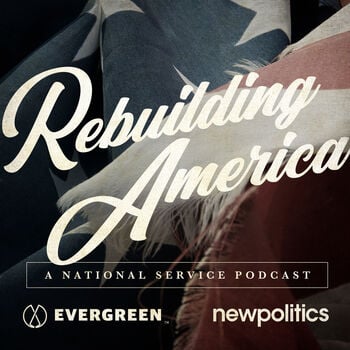