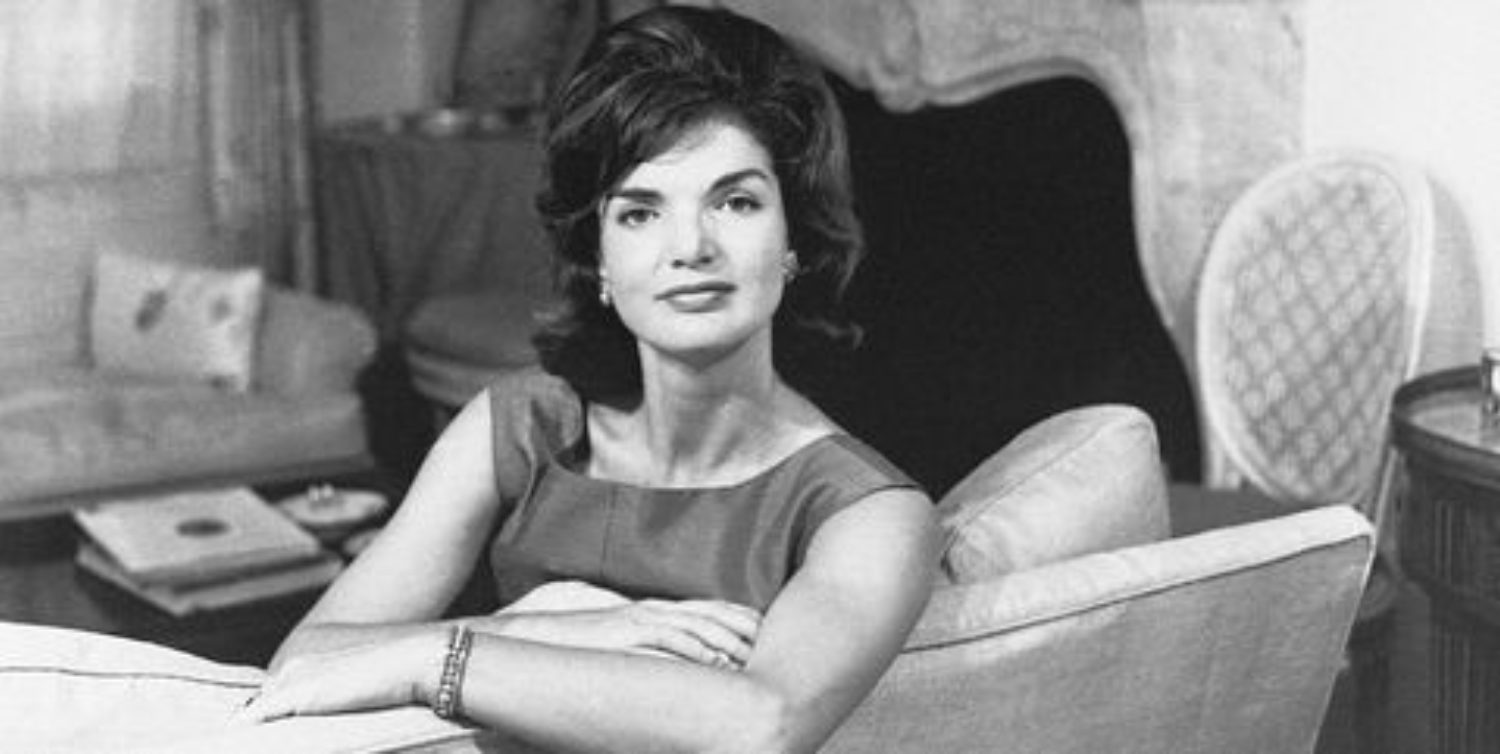 From Widow to Jet-Setter, Jacqueline Kennedy Onassis Defined the 1960s

Jacqueline Kennedy Onassis was one of the most famous women of the 20th century, perhaps second only to Queen Elizabeth. If you’re of a certain age, you might think you know her. After all, she was the wife to both a president and a tycoon. But Jackie can’t be defined solely through the men in her life. And at no time was that more apparent than the five years between those two marriages –– in the midst of the colorful and tumultuous 1960s.

It’s August 1963. While her husband is busy in Washington, First Lady Jacqueline Kennedy is spending the summer on Cape Cod with her two children, five-year-old Caroline and two-year-old John Jr. –– as well as her obstetrician.

Jackie is 34 years old and almost eight months pregnant, with a history of medical complications. Her first pregnancy resulted in miscarriage, and the first child she carried to term was stillborn. John Jr. was born premature. So when Jackie feels labor pains on the morning of August 7, five weeks ahead of her scheduled due date, she is rushed by helicopter to the nearby Otis Air Force Base Hospital.

While President Kennedy is en route to Massachusetts on Air Force One, doctors perform an emergency Caesarean section. Jackie gives birth to a boy they name Patrick.

Little Patrick needs an infusion of oxygen almost immediately. His lungs aren't fully developed, which leads to what we now call neonatal respiratory distress syndrome. He lives for just 39 hours.

In September, Jackie accepts an invitation from her younger sister, Lee Radziwill, and Greek tycoon Aristotle Onassis, to join them on his yacht, the “Christina.” Lee is literally a princess (she is married to an Polish aristocrat), but their marriage is troubled. She’s having an affair with Onassis, who is one of the world’s richest men.

President Kennedy –– “Jack” to his family and friends –– and Jackie first met Onassis in the ‘50s on a trip to Monaco. A mutual friend arranged for the then-senator and his young wife to pay a visit to the docked “Christina,” where Onassis was hosting his friend Winston Churchill. While Jack chatted with Churchill, Onassis gave Jackie a tour of the yacht. By all accounts, he was smitten with her immediately.

Jack is wary of Onassis, who was once criminally indicted by the U.S. federal government for fraud (and settled the case for $7 million). The magnate is notorious for his arrogance, shady business dealings and shameless womanizing.

Nevertheless, Jack encourages his wife to go. Jackie is struggling with depression after Patrick’s death. So she joins her sister, as well as a small group of guests, for a cruise around the Mediterranean. But her glamorous vacation gets a bit of bad press back home in America.

On October 17, Jackie returns to Washington, D.C., from Europe. Jack, who hasn’t officially announced his candidacy but is undoubtedly running for re-election in 1964. He asks Jackie for a favor: Come to Texas with him next month. He wants to do damage control after her trip. But he knows that she is his secret weapon, both with the public and with his political foes.

Although she rarely accompanies her husband on such trips, she agrees. She takes out her appointment book and scribbles TEXAS on the 21st, 22nd and 23rd of November.

You know the rest. Or do you?

Jackie: From First Lady to Jackie O is the companion podcast to journalist and historian Paul Brandus’ book of the same name. Paul explores the five years that transpired between President Kennedy’s assassination in late 1963 and Jackie’s marriage to Aristotle Onassis in 1968. It was a tumultuous time, not only for the Kennedy family but for the entire nation.

On this bingeable podcast series, you’ll hear firsthand accounts from Jackie’s dedicated Secret Service agent, news coverage on these events as they happened –– and interviews from Kennedy biographers and other scholars who shed light on her transformation from grieving widow to globetrotting expat and cultural icon.

It rained the night before, and it was still drizzling slightly on the morning of Friday, November 22, 1963, in Dallas, Texas. But by midday, the sun was shining and the temperature was unseasonably warm.

So the Secret Service cleared the presidential limousine –– a midnight blue 1961 Lincoln Continental outfitted with a retractable plastic “bubble” roof, to drive with the top down as the motorcade crawled through the city’s downtown streets, lined with some 50,000 people.

President and Mrs. Kennedy were in the midst of what was intended to be a multi-city tour of Texas –– a state the Democrats needed to win in the next election. The state’s new governor, John Connally, had just won by a narrow margin. (He and his wife were in the front seat of the car that day, and Connally was seriously wounded as well.)

Around 12:30 p.m. the limousine rounded the corner from Main Street onto Elm at Dealey Plaza. Three shots rang out, chaos ensued, and the world changed forever.

Most Americans learned what happened from the legendary news anchor Walter Cronkite:

Less than an hour after he was pronounced dead, Jackie was back aboard Air Force One, shell-shocked, watching the vice president, Lyndon Johnson, take the oath of office mid-flight.

She was still wearing the same pink bouclé suit and pillbox hat she put on that morning. Now they were splattered with her late husband’s blood.

Meanwhile, Aristotle Onassis was in Germany on business. Jackie’s sister Lee called him and asked him to come to Washington, which he did. He even stayed in the White House –– mere steps from the slain president’s body, which lay in state in the East Room prior to the state funeral.

Onassis’ proximity to Jackie in her darkest hour foreshadows what is yet to come. With the benefit of history and hindsight, it seems safe to say he was waiting in the wings for her to emerge from grief. Until then, Onassis kept such a low profile that he referred to himself as “the invisible man.”

At first blush, John F. Kennedy and Aristotle Onassis seem like polar opposites. JFK is 6’ 1” with movie-star good looks and charm to match. He is not only brilliant, but a born politician –– quite literally. His father was a legendary Democratic leader, the first chairman of the SEC and ambassador to the United Kingdom.

Onassis is 5’ 5” with the face of a gangster. He is clever but crass. Former King Farouk of Egypt calls his yacht “the height of opulence.” Richard Burton says it’s difficult to resist “the temptation and the pure narcissism shamelessly flaunted” on the “Christina.”

Jackie biographer Sarah Bradford put it this way: “He was hideous, physically, but he had enormous magnetic charm.” And he, like Jackie, was fluent in several languages. He loved art, music, and poetry.

He is also 23 years older than Jackie (though, it should be noted, Jack was 12 years her senior as well –– she liked older men.)

But Jackie’s two husbands are more similar than either man cares to admit: wealthy, power-hungry, competitive, charismatic — and legendary philanderers.

And she knew it, too.

Jackie married Aristotle Onassis on October 20, 1968. It was not quite five years after JFK was murdered. And it was just four months since her beloved brother-in-law Robert F. Kennedy met an assassin’s bullet himself.

The intimate ceremony, with about 40 guests, took place in a tiny chapel on Onassis’ private island, Skorpios –– and in the middle of a downpour. It was considered auspicious in Greek culture.

But the media coverage was swift and savage. Actual headlines from the time didn’t mask their displeasure:

“The Reaction Here Is Anger, Shock and Dismay” — the New York Times

“Jackie, How Could You?” –– a Stockholm paper

The sense of betrayal was palpable not just in America but around the world. But what the public didn’t understand was the depth of Jackie’s trauma –– and her determination to live life on her own terms.

Why did someone so famously private –– so soft-spoken and enigmatic –– marry such a brash, high-profile man with a checkered past?

The answers weren’t found in the headlines. They’re not even found in the very few interviews she granted to the media. But we get glimpses of the real Jackie behind the widow’s veil and the oversized sunglasses –– which becomes even clearer as she finds herself.

On Jackie: From First Lady to Jackie O, Paul Brandus unwraps the subtle shifts and messy truths of her profound transformation. The whole podcast series is available now.
Culture

Press Jun 24, 2022
The new partnership will provide a seamless process for DC-based corporate and advocacy organizations, as well as government agencies, to produce and distribute podcasts and vodcasts to their intended audiences.
Read Evergreen Podcasts and DC-Based Big Whig Media Announce Partnership 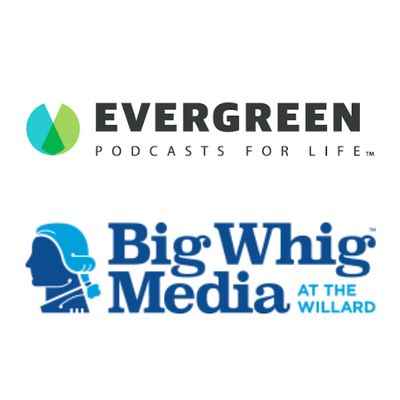 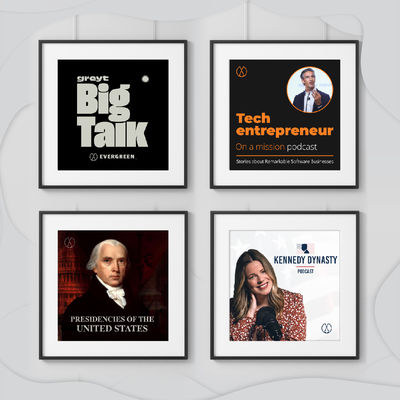 WWII Fighter Ace Bud Anderson, In His Own Words

In this second half of his two-part interview, Col. Anderson describes how and why he joined the Air Force, his training, his appreciation for his squadron, and more. Col. Clarence (Bud) Emil Anderson served during World War II, and is a triple-ace fighter pilot. He’s the highest-scoring living American fighter ace and the 10th highest-scoring Mustang Ace of all time. 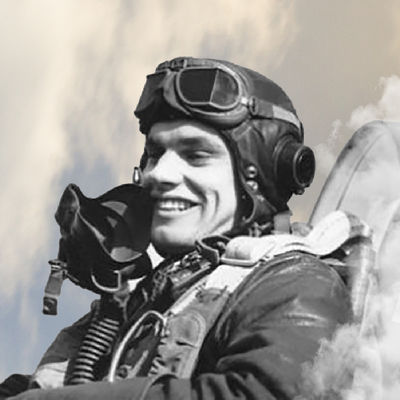 Sample This — Riffs on Riffs Kicks Off Season 3

In a four-part series showcasing the band, 24-Carat Black, as well as its driving force: Dale Warren, hosts Joe and Toby share conversations with the voices behind the band. “The incredible tales of this group and that record are proof that life is sometimes stranger than fiction, and we are going right to the sources to uncover all the amazing stories,” Joe says. 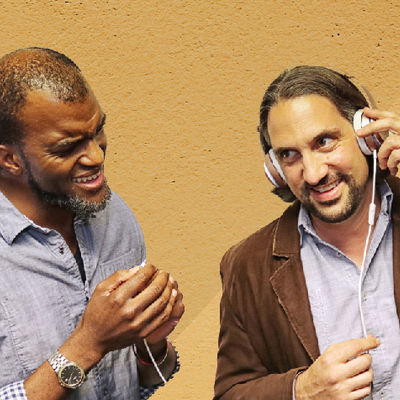