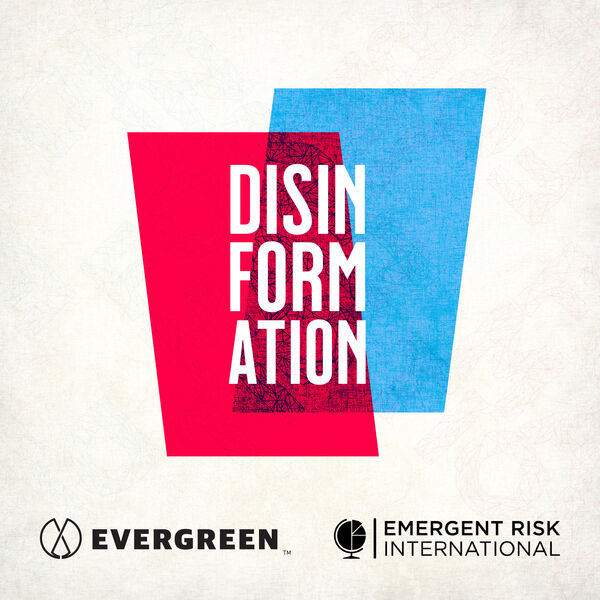 How Do You Know
What's True?

That's the premise behind "Disinformation" - with award-winning Evergreen host Paul Brandus. Get ready for amazing stories - war, espionage, corruption, elections, and assorted trickery showing how false information is turning our world inside out - and what we can do about it. A co-production of Evergreen and Emergent Risk International.

Disinformation played a huge role in winning the greatest conflict of the second World War. Host Paul Brandus explores the guille behind D-Day, Midway, and other key battles and moments that led to Allied success in WWII.

Emergent Risk International is a Dallas, Texas-based strategic intelligence and advisory firm specializing in crafting business-centered risk intelligence, technology, staffing, training, and consulting solutions to address geopolitical, regulatory, and security risks in global business. We are located in the US, Ireland, the United Kingdom, and Singapore.

During World War II — outraged officials in Nazi Germany searched high and low for this person (3:17-3:20) who broadcast on a short-wave radio frequency — news and information, gossip, scandal and more. The overall effect was anti-Hitler, and anti-Nazi. And the accent — this was clearly a native German — in fact probably someone from Berlin itself.

The Nazis were sure — that this traitor was operating from a mobile transmitter— always staying one step ahead of the Gestapo — Hitler’s feared secret police. Whoever this man was — he was undermining morale, damaging the Nazi war effort — he must be found.

The frantic Nazis were partially correct. The man — WAS a native Berliner. But he wasn’t a STEP ahead of the Gestapo. He was actually 700 miles away — in a secret room in a nondescript building in England.

It was part of a top-secret British effort — a brilliant campaign to deceive the enemy — a largely unheralded example of deliberately using information — that is false — to help achieve an objective. There’s a word for this — disinformation. And without disinformation — the Second World War might have gone differently — and thus the world as we know it today — might not exist. I’m Paul Brandus — and that’s the name of this series — it’s called, simply — disinformation.

Disinformation has been part of warfare since the beginning of time — but Meredith suggested that we begin with World War II as a starting point for this series — because of its centrality to our world today.

Before going further, let’s establish a baseline here — give me your definition of disinformation.

That clip of the phony radio broadcasts beamed into Germany — Sir Winston Churchill — the ferocious lion who faced down Hitler said quote — “In wartime, truth is so precious that she should always be attended by a bodyguard of lies.” Let me read it again:

“In wartime, truth is so precious that she should always be attended by a bodyguard of lies.”

What did he mean by that?

The topic of disinformation is huge, ever-evolving and touches upon every nook and cranny of our society. War and peace, the economy, politics, elections, culture, finance, religion, our belief system, everything. And today — anyone theoretically, can do it — anyone can manipulate audio, video, make things up — and post it online. How did we get to this point? Can we somehow control it? Who’s doing it, how — and why?

This series - a co-production of Evergreen and Emergent Risk International - or ERI - a global risk advisory firm, is devoted to exploring these complex and intertwined issues. At this point, I’d like to bring Meredith Wilson, the CEO of Emergent Risk International. She previously spent several years with the Defense Intelligence Agency and in the private sector – primarily in the oil and gas industry. Meredith will be a part of this series — lending her insight across this and future episodes.

Churchill saw the power of disinformation as a means of eroding the Nazi regime, of undermining it from within. But when it comes to disinformation and Churchill — there’s a lot more to the story.

Paul Reid — is co-author of “The Last Lion — Winston Spencer Churchill — Defender of the Realm 1940 to 1965 — it’s one of the more illuminating books on Churchill and his wartime leadership — of which his use of disinformation played a big role — it was just something that meshed exactly what Reid said — Churchill’s ocean of mischievousness — which Reid says he used to great effect not only on the Nazis, but also the British people — and the United States, which Churchill was eager to draw into the war:

The most famous examples of World War 2 disinformation involve D-Day. And — I have to tell you a story about how the United States used disinformation in one key battle during the Pacific as well. I’ll get to those stories in a minute.

But first — there’s one story you MAY not be familiar with — and it’s a doozy. It’s the story of the cadaver who washed ashore in Spain — with a briefcase handcuffed to his wrist. One of the more amazing examples of wartime disinformation ever. It was typical Churchill. Here again — Paul Reid:

So that’s the setup — Churchill’s propaganda about invading Germany from the South. Chances are you’ve never heard of Operation Mincemeat. And for that let’s turn to another historian — Dr. Craig Symonds — he’s history professor emeritus at the U-S

So Hitler bought this disinformation hook line and sinker. This was a huge deal. He wound up moving about a fifth of the entire German Army from the Eastern front TO Greece and Sardinia. Not only did the Nazis weaken themselves in the East — where they were up to their necks battling the Soviets — but it also allowed the Allies to invade their true Mediterranean target — Sicily — with a minimum of casualties.

Disinformation — the cadaver with the phony papers in his briefcase — diverted the enemy’s attention and resources — and thus saved lives.

The six-week Sicilian campaign led to the invasion of Italy itself — and the eventual downfall, in the Spring of 1944 — of Benito Mussolini — the Italian dictator and Hitler ally.

Rome itself — the eternal city — would fall on June 5th 1944. President Franklin D. Roosevelt went on the radio that night to proclaim one down — and two to go — a reference to Germany and Japan. FDR would have an even more momentous announcement just hours later — on June the 6th.

The invasion itself — the largest amphibious assault in military history — is well-known, the subject of countless books and movies. Lesser known however — is the extraordinary amount of deception — disinformation — on the part of the Allies aimed at fooling the Germans as to when and where the invasion would take place. Earlier in this episode, I spoke of the phony radio broadcasts, the phony railroad timetables, ectera. Well, in the run up to D-Day, the Allies went FAR beyond that. Again, here’s Churchill biographer Paul Reid:

This epic disinformation campaign began long before the invasion — about a year ahead of time. The codename for the overall campaign was Operation Bodyguard, which was subdivided into parts. The most important of these was Operation Fortitude.

Ernest Tavares — a retired Air Force Lt. Colonel — is the author of Operation Fortitude — a terrific study on the massive — and highly effective — disinformation campaign ahead of D-Day.

That’s from a declassified OSS film from 1943 — the OSS by the way was the Office of Strategic Services — which became the Central Intelligence Agency after the war. The dummy paratroopers — about three feet tall — would be dropped behind enemy lines — far from Normandy — in an attempt to fool the Germans.

Fake paratroopers, fake aircraft — fake radio transmissions — it was arguably the greatest deception — or act of disinformation — in military history. I had one final question for Churchill biographer Paul Reid:

It can be argued — therefore — that disinformation helped to shorten the war in Europe— perhaps by years. Its significance and contribution to the fight against Hitler simply cannot be overestimated.

That’s a newsreel from June 1942. The late military historian John Keegan called Midway quote — “the most stunning and decisive blow in the history of naval warfare” — while naval historian Craig Symonds calls it — quote — “one of the most consequential naval engagements in world history” — unquote. Disinformation played a role here — again — here’s Symonds — he professor emeritus of history at the U.S.

American codebreakers — led by a man named Joseph Rochefort — had broken just enough of the Japanese code to figure out what they were up to — and that AF — the Japanese code for Midway — was the target. But how could the American codebreakers be sure? Here’s where the disinformation comes in — and it has to do with something as innocuous as — water. The water supply on Midway.

That clever bit of disinformation — confirmed — that Midway WAS the target. We KNEW what the enemy was doing — and we laid a trap for them. And on the morning of June 4th, 1942 — the Japanese walked right in to that trap.

Be it Europe or the Pacific — the scale of disinformation used during the war was as vast as it was brilliant — and, as Meredith Wilson reminds us — perhaps impossible to duplicate today.

Paul Reid mentioned earlier how disinformation helped shorten the war — and save lives. Wilson makes this point about wars in the 21st century:

In our next episode:

World War 2 comes to an end — but a new war is just beginning — a cold one.

Thanks to Meredith Wilson, Paul Reid, Craig Symonds and Earnest Tavares for their contributions to this episode — and to the National Archives.

I’m Paul Brandus — thanks so much for listening.

Disinformation Jan 24, 2023 | S:1 E:9
How dangerous anti-science beliefs and behaviors spread, especially during the COVID-19 pandemic....
Listen to The Pandemic

Disinformation Jan 5, 2023 | S:1 E:8
On the second anniversary of the attack on the U.S. Capitol, we look at the government’s need to recalibrate its approach to domestic terrorism....
Listen to No Delete Button

Lights and Wires In A Box

Listen to Burn the Boats 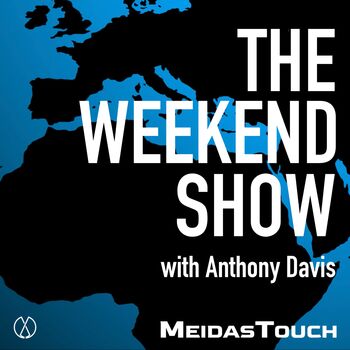 Listen to THE WEEKEND SHOW
×