On this episode of West Wing Reports, hear about Putin's comments on Russia's celebration of Victory Day, a report on the economic repercussions of reduced abortion rights for women, a national shortage of baby formula, the latest on COVID-19, and more.

Vladimir Putin’s big speech — what he said and equally important did not NOT say.

It’s perhaps the most important holiday in Russia — Victory in Europe Day — when that country remembers the victory over Nazi Germany in World War Two.

It’s seen as a patriotic day — and this year Vladimir Putin used it to drum up support for his sputtering war on Ukraine. The Kremlin dictator fooled himself into thinking the invasion would be a cakewalk — instead it has been a disaster for him and for Russia. An estimated 15-thousand Russian troops dead, crushing economic sanctions, a revitalized NATO. Putin himself has become a pariah in the West.

So Putin’s Victory Day speech took on added importance this year — would he double down? Would he somehow declare victory? What would — what COULD he say?

In fact, he chose to do none of these things — opting to blame Ukraine and the West, as he always has — for the war. But there were NO policy changes. The bad news about this — the war, now in its third month, will grind on.

Where is the war going? The top U-S intelligence official — Avril Haines, the director of national intelligence — or DNI — warned Congress that Putin’s in this for the long run, and that his long-term aims continue to extend well beyond Ukraine:

That last part is a key challenge. Putin thinks America and the West are weak, and will get tired, as food and energy prices continue to rise. He thinks our attention span, our patience, our resolve will eventually weaken — and benefit him.

A sobering analysis from the DNI. And yet this week, we saw some important new developments — - Congress passed another big aid bill for Ukraine — 40-billion dollars for weapons, food, medicine, and help. It was a hugely bipartisan vote - 368 to 57, with all 57 “no” votes coming from the so-called “Putin coalition” of Republicans. The Senate is expected to follow suit, though there, too, are Republicans who will likely vote “no” — in other words, vote to help the Russians.

We also saw Finland - which shares a long border WITH Russia — announce that it will apply for NATO membership. Sweden is expect to follow. These two countries in a NATO — newly determined to resist Russian aggression — is the last thing Putin wants.

Here at home, the fight over abortion rights rolls on. As you know, a leak at the Supreme Court last week — indicated that Roe v. Wade would probably overturned. That has set off a firestorm among the majority of Americans who believe that a woman — and no one else — has the right to make her own decisions about her body — and that government bureaucrats and ideologues should butt out.

There have been protests outside the homes of several conservative justices. Some Republicans are outraged at this display of free speech — some are the same folks who had no problem with the violent attack on the Capitol a year ago — but now say peaceful protests — are beyond the pale.

Meanwhile, there are broader issues in play here too — and one concerns what the impact would be on women and the economy — IF Roe v. Wade were to be overturned.

One woman has particular insight into this: Janet Yellen — the Secretary of the Treasury. She spoke on Capitol Hill.

There has been very little focus on this — the long-term negative impact — on women, poverty, the labor market, and more. It’s not the job of the Supreme Court to weigh such things — the justices focus on the law and their interpretation of it. But Yellen’s testimony — and the long list of data and studies she refers to underscores the huge stakes involved — that will play out for decades to come. The Supreme Court is expected to make its announcement — one way or the other — next month.

A look at other headlines this week:

The U-S death toll from the pandemic has now crossed the one million mark. Is the worst over? Many states and businesses are rolling back mask mandates — hopeful that the worst is indeed behind us. And with two-thirds of Americans fully vaccinated it very well caudal be behind us. And yet the government predicts an onslaught of new cases this Fall and Winter — upwards of 100-million cases.

Back in February, a manufacturer of infant formula — Abbot Nutrition — recalled several lots of their formula saying they were linked to infections in infants. It blamed he defective formula on a plant in Michigan — and said new formula would be back on store shelves within two months.

It hasn’t worked out that way — in fact, there’s now a severe shortage of formula nationwide —and, like most things, this has become a political issue. The Biden administration is under fire — and Thursday the president spoke with executives of key manufacturers and retailers — the White House this week has been unable to say when shortages of formula will ease.

And gun deaths - hitting a new record, according to the latest federal data. The Centers for Disease Control saying that in 2020 — the first year of the pandemic — gun-related homicides soared 35-percent.

Overall, the CDC says more than 45,000 Americans died in gun-related incidents as the pandemic spread in the United States, the highest number ever. Half were suicides.

And now, lets hear about ANOTHER Evergreen podcast — that I know you'll enjoy”

1804 — Lewis & Clark began their expedition of the new Louisiana Territory — the territory doubled the size of the United States.

1846 — the Mexican-American War began. When it was over the U-S gained more than half-a-million miles of square territory — stretching all the way to California. The United States became a true continental power. The war also boosted the careers of six future presidents, including an obscure one-term Congressman from Illinois named Abraham Lincoln — who was a fierce CRITIC of the war

And 1948 — In the wake of World War 2, Berlin was half free, and half communist. The Soviet Union blocked supplies from reaching democratic West Berlin — but on the orders of Harry Truman — a massive Allied airlift to supply West Berlin with food, medicine, coal, clothes and more began. By May 1949, they Soviets gave in. The Berlin Airlift was a demonstration of Allied determination to resist the dictator in the Kremlin. Perhaps history is repeating itself now.

I like to end each week with a quote — something you might find thoughtful: This week: is’t from James Polk. He said quote — the Presidency is no bed of roses - unquote.

Every president has surely thought that at one time or another 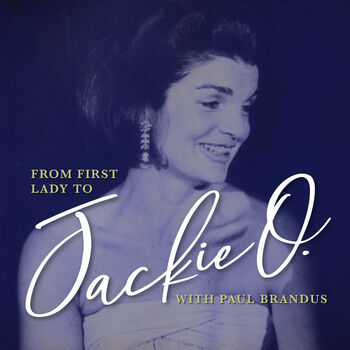