A frustrated President Biden on a rough election night for Democrats

And the unemployment rate drops again

Take Tuesday’s election out of the equation and the week wasn’t so bad for President Biden — there’s good news on the vaccination front, good news on the jobs front. — and we’ll get to all that in a minute.

But you can’t ignore what happened on Tuesday — election night. Biden won Virginia easily a year ago — by ten points, and many Democrats seemed to assume that their candidate for governor — Terry MacAuliffe — would win. After all he was a former governor, and the state did really well on his watch — ranked #1 best state in the country for business by CNBC, for example, a jobs machine low crime and more.

But those assumptions went up in smoke — as Glenn Youngkin, a 54-year old former private equity executive — won — as did GOP candidates for Lieutenant Govermor. And Attorney General. Republicans also took the State House — though not the Senate.

President Biden — as politicians do — is putting the best spin on this he can:

Well, that may be so - but what’s interesting is what the president did NOT say — namely that his OWN popularity has fallen in a state he won easily — that suggests trouble for the much bigger midterm elections that are now a year away. But the president DOES acknowledge that Americans are frustrated with the way things are going:

Jill Lawrence is a columnist for USA Today — I asked her this:

What’s this all mean for Donald Trump by the way — and for the big midterm election coming up next year? We’ll talk about that in a minute — but I do want to get to some of the other news from this week

28 million kids can now be protected against Covid — the president says the government has bought enough vaccines for all of them. In anticipation of this, the administration asked states weeks ago to organize their own distribution systems for schools, doctors offices and so forth.

It’s important to mention — there’s no mandate here — seventeen states have passed laws or issued directives banning schools from requiring students to be vaccinated against COVID-19.

Good news on the jobs front — 531-thousand jobs were added to the economy in October — the unemployment report falling to four-point-six percent. The Labor Department data shows big gains in manufacturing, leisure and hospitality — signs that the economy continues to open up as covid cases go down.

Decide for yourself whether more storms has anything to do with climate change. Meanwhile here’s something to chew on: the production of corn could fall by nearly 25-percent over the next right years because of changes to weather patterns. So says NASA after a long study — it says rising temperatures and changes in rainfall patterns appear to be the culprits — By the way — corn is America’s biggest crop — and about a third of goes to feed cattle hogs and chickens. If the supply of corn goes down — the prices of beef, pork and chicken could go up. They call this supply and demand.

Let’s come back to Tuesday’s election for a second. Donald Trump — the former president is taking credit for Glenn Youngkin’s big win in Virginia — that’s how he rolls — but the governor-elect kept Trump at arms length — didn’t invite him to campaign, didn’t mention him — though ads from his Democratic opponent always did — ARE Republicans beginning to edge away from Trump?

More from my conversation with USA Today’s Jill Lawrence.

Now let’s open up the archives — and take a look at what made history this week in the past:

800: John Adams became the first President to live in the "President's House" - known today as the White House.

1948: New York Governor Thomas Dewey — conceding defeat to President Harry Truman in the presidential election. It wasn’t supposed to be that way - Dewey was the heavy favorite — but it didn’t work out that way. It was one of the biggest upsets in American history. You might remember Truman laughing as he held up that newspaper with the botched headline — it said “Dewey Defeats Truman."

Here’s a funny story about this — I’ll bet you’v never heard. Dewey was SO confident of winning that he told his wife Frances — to go out and buy some fancy new lingerie. He told her: "you're going to be sleeping with the President of the United States."

Well — the morning after Truman's shocking upset win, Mrs. Dewey asked her husband: "So is Harry coming here, or am I going to the White House?"

But two years later — it was anything BUT funny:

Truman was living in Blair House — across from the White House which was being renovated. Truman saw the attack from his window — until a passerby told him to duck. One gunmen was killed, another wounded — but not before they killed a Secret Service Officer — Leslie Coffelt. If you visit Blair House today — there’s a plaque honoring him on the spot where he fell — giving his life to save the president’s.

I like to end each week with a quote — something you might find thoughtful: This week: it’s from John Quincy Adams — our sixth president:

He said — quote — “Always vote for principle, though you may vote alone.” Unquote

That’s p-b-r-a-n-d-u-s. [email protected][podcasts.com. And need a speaker for your event? I do that too — current events, economics, analysis — history — I connect the dots — would love to hear from you. 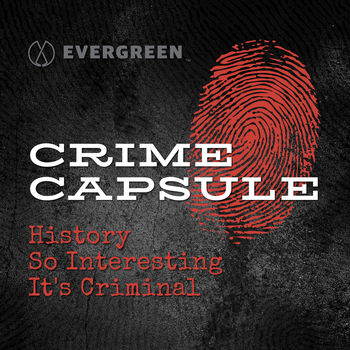