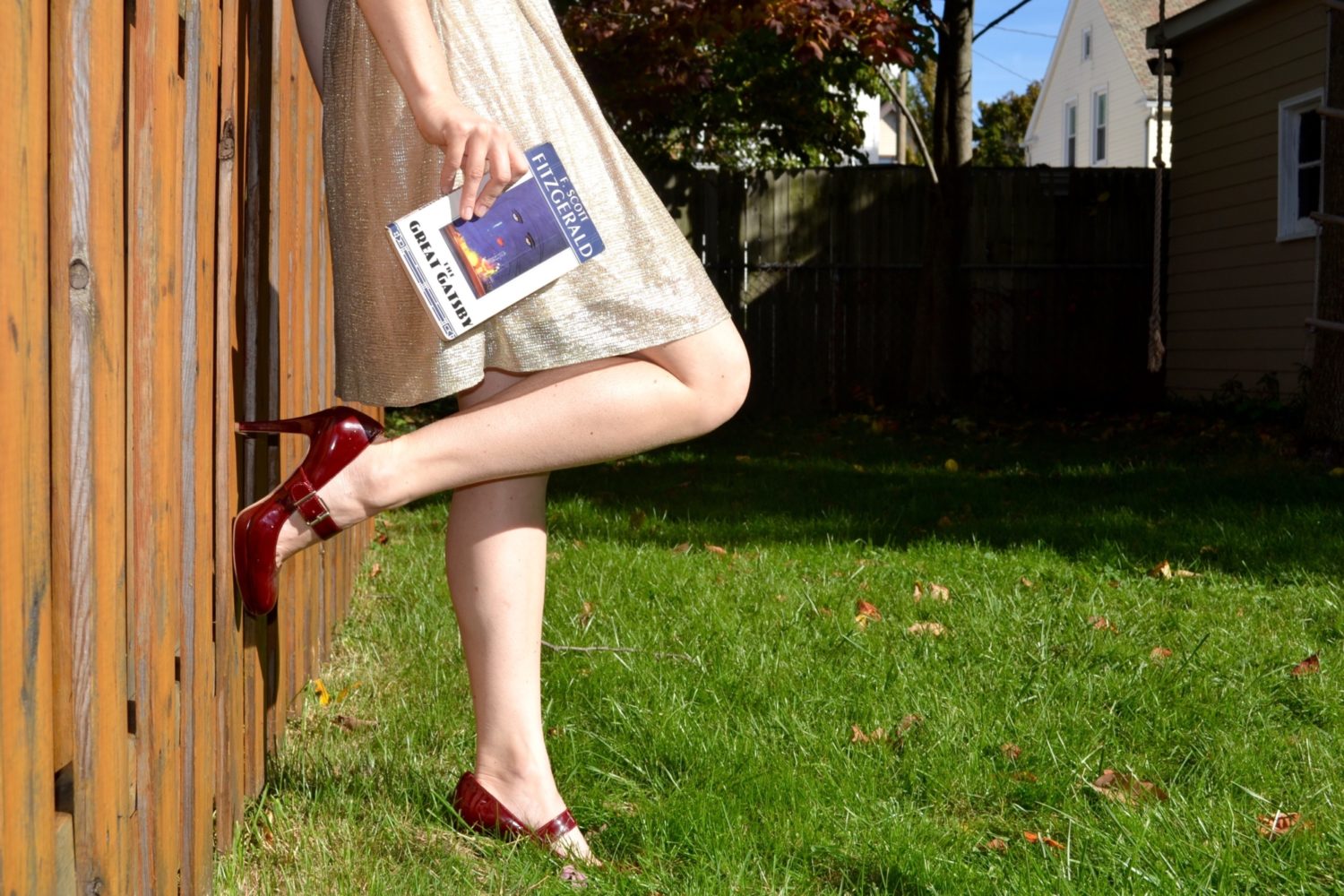 I know how difficult it can be to find a Halloween costume that is smart, funny, cheap, easy, and original. I know that you have probably already been contemplating your costume for a month now, but that you will not finally settle on a costume until the week (or day) of. I also know that you are competitive, and that you want to be wearing the costume that everybody at the Halloween party raves about all night.

And this is where we at Evergreen Podcasts can help you. Although it is quite common to dress up as your favorite character from a movie or television show, it is significantly less common to dress up as your favorite literary character (aside from characters in Harry Potter, which are grossly overused, and which are now movies anyways so they barely count, right?). So why don’t more people dress up like Tom Sawyer or Jane Eyre?

Maybe you are embarrassed because it has been a long time since you’ve read the book whose character you want to personify. You are scared that someone will ask you why you chose to dress up as Jay Gatsby, and the only answer you’ll be able to muster is “Because he was the greatest Gatsby.” It would, indeed, be a trifle embarrassing if you could not remember anything about your character. But no fear—we can help you in this area as well!

The following are a few suggestions for awesome, original, smart Halloween costumes, each with a corresponding Novel Conversations podcast clip in case you need a quick refresher on the book in which the character resides. The podcasts are, essentially, audio SparkNotes, so you can listen anywhere without sacrificing your time!

Need an original couples costume? If you think outside the box, then you might realize that a couple doesn’t have to dress up as an actual “couple,” but can literally dress up as the two parts of a title of a book, such as The Old Man and the Sea. It’s pretty simple. The guy throws on (or grows) a beard or balding wig, finds a cane, and walks like an old man. The girl then dresses completely in blue and paints or pastes some waves (and maybe seashells) onto her outfit…and voila! You have the smartest, funniest, and most clever costume at the party! Take a quick refresher course on Hemingway’s famous novella with our podcast:

Going to a party with a whole group of friends? No problem, for we have a fun and sophisticated group of people for you to impersonate—Jay Gatsby and friends! (Well, not exactly all friends). It is so much fun to dress up from a specific era, and arguably no time period in American history is more fun to mimic than the Roaring Twenties! The girls get to wear flapper dresses, feather headbands, and long strands of pearls (be sure to wear extra makeup if you’re Myrtle!). The guys get to look dapper in their suits, top hats, and oxford shoes (feel free to carry a football around with you if you’re Tom Buchanan!). And ladies, don't forget to bring your long, sophisticated cigarette holders. Listen to our podcast for some character inspiration:

Here’s an easy one. Dress up in a prisoner’s costume (or any type of jumpsuit), and then throw on a “Hello, My Name is” name tag, and write “Equality 7-2521” on it. People will either be extremely baffled and want to know who you are, or they will be huge Anthem fans and absolutely appreciate the clever reference to Ayn Rand’s famous dystopian novella. If you want to kick it up a notch, rename yourself “Prometheus” later on in the night; better yet, carry a broom around with you, and the “street sweeper” reference will help solidify your character. People will definitely notice you, if nothing else.

Plus, no author stirs up a heated conversation quite like Ayn Rand, so you are sure to have plenty of interesting conversations with Ayn Rand enthusiasts or critics. Because this is such a weighty book, you might need to brush up (see what I did there?) on the specifics of this novella so that you look smart when people ask you questions. Our podcast should do the trick:

Girls love to dress up with all of their closest girl friends, but I’m here to tell you that there are better costumes out there than “The Spice Girls” or “Mean Girls.” How about grabbing three of your girl friends and dressing up as the wonderful March sisters from Little Women? There is gentle, romantic Meg, feisty, tomboyish Jo, quiet, kind-hearted Beth, and spunky, vain Amy. If you happen to have some Civil War era costumes lying around, then awesome! You could also try making some dresses by pinning a hula hoop inside the bottom of a long, flowy dress (bonus points if it has ruffles!). Pin your hair back or throw on a bonnet to complete the look.

OR you could get creative and dress up as “modern day” March sisters by wearing cute, modern, coordinating outfits and throwing some “Meg, Jo, Beth, and Amy” name tags on (easy peasy). Don’t forget to joke and fight with each other all night, though, as these sisters really do! Get more details about the March sisters by listening to our Little Women podcast:

Boys don’t want to agonize over what costume they are going to wear—they want to throw on something easy and get a couple of laughs. And what easier way to do that than throwing on some bandanas, chewing on some hay, putting on some old, beat-up clothes, and going to a Halloween party to serve as the comic relief? This hilarious group of miscreants from John Steinbeck’s Cannery Row are loud, funny, mischievous, and loyal to their leader (as is any pack of boys). They are a group of poor, family-less men who want nothing more than to have food and drink to live, and to live their lives in a carefree manner. Their intentions may be good, but their actions do not always speak very highly for them. And the must-have prop? Frogs! (Although you may get kicked out of a party for bringing real ones!) You can really get creative with this costume, although listening to our podcast about the novel might give you some ideas:

Good luck with your costumes and Happy Halloween!!

And for even more Halloween costume fun and inspiration, take our new Quiz to discover which literary couple you should dress up as this year!