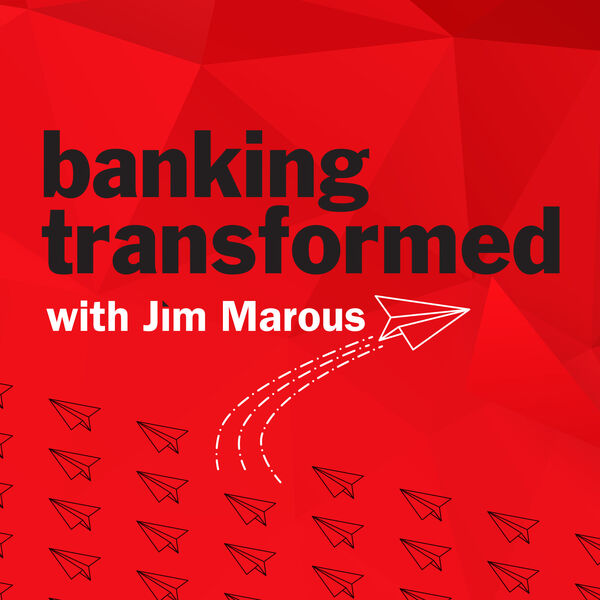 Hosted by top 5 banking and fintech influencer, Jim Marous, Banking Transformed highlights the challenges facing the banking industry. Featuring some of the top minds in business, this podcast explores how financial institutions can prepare for the future of banking.

Status Quo is Not an Option

Gary Vaynerchuk (Gary Vee) is a serial innovator, social media icon, chairman of VaynerX, and the active CEO of VaynerMedia. He wants you to have a proactive approach to marketing and be willing to disrupt yourself to avoid obsolescence. In this interview, Gary discusses the use of social media, the need for supportive culture and leadership and the importance of a personal brand.

During this interview, you quickly realize that his level of engagement and passion for what he does and communicates is no act for social media. He is a huge believer in the value of hard work, testing new ideas, helping others succeed and disrupting oneself. 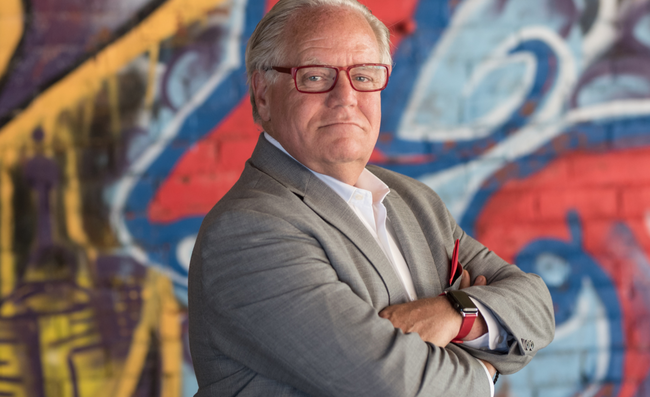 Jim [00:00:04] Here is Gary Vaynerchuk just finished his keynote address with Financial Brand Forum. Thanks Gary. Just killed it. It was a lot of fun. I think one of the major things that you brought up today and tried to leave the audience with is they really have to do things differently. They cannot continually be stuck with making excuses.

Gary [00:00:28] Yes. Or or holding the past on a pedestal. You know to me the lack of common sense, the disproportionate non-consumer centric DNA, there's just a lot going on right now in modern marketing that keeps me baffled. And I want to continue to put pressure on it. A) selfishly because I think I'll be historically correct and that will be top of the news, and B) because it feels amazing when you run into somebody like [INAUDIBLE] Just now who says "hey I listened to your things" and good things happening. You know there that feels remarkable impacting people's lives or companies is an incredible high, and having admiration is an incredible ambition of mine, and so it feels good.

Gary [00:01:20] The height of the black car taxi industry was the year before Uber was invented. Right. Like you know great like prosperity is usually the indicator to turmoil.

Jim [00:01:33] So is Amazon the biggest threat to banking from your perspective.

Jim [00:01:54] We pay one hundred twenty five dollars a year so we can shop. Who would've thought that eight years ago?

Gary [00:01:59] Well you do it because everything else has been free shipping and you're saving a fortune.

Jim [00:02:03] Well now every Riccio is free shipping and they raise your prices by 20 percent and how many people left. I do this great thing. I have people raise my hand. How many of you have Amazon Prime. Everybody raise your hand. I have how many thought about closing it when they increase price. Three, three, four people How many closed it?

Gary [00:02:24] Again, to me the reason it's not paying for the right is because everybody understands common sense and they realize they're amortizing their shipping costs. Plus Amazon so smart they're giving you the prime content for free. Right. You get this. You get the Netflix, Hulu, Disney competitor along with that package. That's been one of their bigger challenges to make sure everybody in America knows that they have the Prime subscription when they have a Prime account. Right. Listen Amazon unless the government gets involved and unless Bezos jumps off of being CEO, Bezos in a pure capitalistic environment will continue to innovate and continue to be successful because he is consumer centric.

Jim [00:03:08] So in "Crushing" in your great bestseller book and the previous book two that you talk about the fact of entrepreneurism and thinking like an entrepreneur within a traditional corporate setting. Do corporations have to give the ability for these people to think on their own, promote on, on behalf of a company. I mean not not destructive but –.

Gary [00:03:29] Yeah, intrapreneurship is something I am not an expert in. What I would say is this: Any great company will allow its players to be put in the best position to succeed. And if you are fortunate enough to have innovative thinkers, people that are on the offense who are not delusional. I think one of things that I'm passion about is for all my sizzle, and all my new thoughts, I'm grounded in business practicality. I noticed a lot of people that follow me come and pitch these wild ideas in their company that are going to happen. They're like hey bank let's do VR. And I think it's cool. And and so I think companies need to allow their thinkers to think, but thinkers or innovators or people in the offense and these companies need to understand if they're lucky enough to be an organization that gives them some freedom, they can't come with like let's do a pokey Mongo like thing in AR for our bank because that does make any sense. Like everything I was pushing up there will work today, like today it will work to run thoughtful Facebook ads that tell people why your branch is a better branch than the one down the street. Today running you know on this day tax day a piece of LinkedIn content as a credit union of like: "Have you Thought about these Six Unknown Ideas?" which then builds affinity that says 'Who is this company that just helped me click, oh wait. Is this something I could consider? Value is important and and not being a technologist or a futurist or being innovative for the sake of being innovative. Delusion is a is a very scary place where a lot of people go when they are given a little too much freedom.

Jim [00:05:09] But one of the key elements that you also talk about the fact that we've really moved from a more transactional mentality and industry to really an emotional industry that that's where people are wanting to they don't want to be sold they want to like they want and they want the engagement they want those type of things and social provides that correct.

Gary [00:05:28] Yes but the industry has not gone away from transactional. The industry is. Let me rephrase. The industry is disproportionally short term transactional and you know I think that creates some short term benefits but oftentimes the retention is going to be an issue and I think more importantly the products and services that banks and credit unions are providing versus the alternative products and services that are emerging from an Internet first competitor is something that's going to cause a lot of friction.

Gary [00:06:05] Super Bowl's amazing. And I love the Super Bowl. Product integration. If you're a national bank, and the next Seinfeld or friends is a show – I mean if I'm a bank instead of doing – I mean now we're talking top 10 banks – So let me contextualize this – if you're a top 10 bank or top 10 – let's just do this – you get a top 10 bank, and instead of spending 50 million dollars on television commercials that nobody sees, I'd rather go give a big time production company ten million dollars to be the sponsor of a new show on Netflix called ATM where the whole show transpires around ATMs and it is literally your company – like actually not a made up bank. The Ed Sullivan Show was funded and created by the Lincoln Town Car Company. People forget that history television started with brands funding it. Commercials came later. I believe now that commercials are going to be disappearing because we're watching streaming. I do not – I do believe that Netflix and Hulu and Amazon will test commercials. My intuition is if they're smart, they're going to do product integration, and I think – look let me give you another one. I've always thought that a like a big car company would like the trucks should do a show called The Tailgate where the whole show again is at a tailgate. And it's your truck as the family's truck. Toyota, Ford, and like – that works.

Jim [00:07:35] It's interesting because watching the Masters yesterday how mature the whole brand placement and lack of advertising becomes. It's just it's amazing what can be done.

Gary [00:07:44] Or the new world we live in. On Twitter the number one thing that people were talking about was Tiger chewing gum. And so we have a gum client. So I call them, this is Sunday now. We've got to move fast. Like hey, doo doo doo. You know like you know like like – there's milk like that or if you guys saw it. One of the awards show the Fiji Water girl. Right. The woman of water. I think they called it you know like that like that's more like guys. Nobody watches commercials. Nobody goes through direct mail carefully. Nobody is going to page 37 of a magazine looking at the ad carefully – like the world has changed I'm sorry. Farming used to be our number one industry. Things happened like Sears was number one. Walter Cronkite was America's dad. Like things change I'm sorry things change. Things have changed.

Jim [00:08:28] Hey thank you for taking a minute. We were plugging things between a lot of things. But you did a great job today. Really appreciate all you did for the financial brand. Great to have you.

Banking Transformed Jan 31, 2023
Steve Monaghan discusses why banking innovation lags many other industries and what can be done to change this paradigm....
Listen to Many Banks Misunderstand Innovation

Banking is at the Beginning of the Interface Revolution

Banking Transformed Jan 26, 2023
John Thomas of Relay Network discusses why companies that excel at creating customer engagement generate faster rates of revenue growth than their...
Listen to Banking is at the Beginning of the Interface Revolution

Global Trends That Will Disrupt Finance in 2023 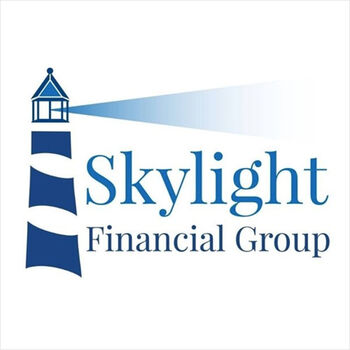 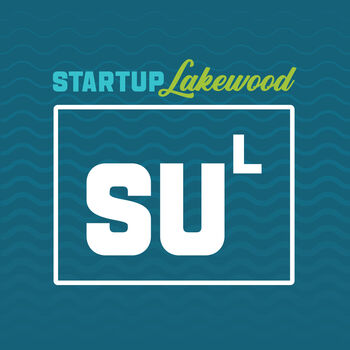