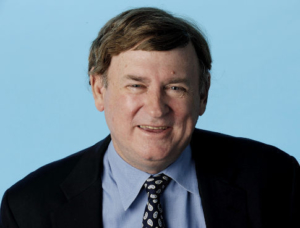 Dick Weiss is synonymous with college basketball. This season, he’ll work his 49th Final Four. Hoops discusses how he fell in love with basketball, the Big 5 in Philadelphia, and that city’s famed arena, The Palestra. He takes us back to the Big East glory days of the 1980s, and we ride with him on the team plane of national champion Villanova after its upset of Georgetown. Hear about Kobe Bryant the teenage phenom, and how Magic and Bird changed college basketball as well as the NBA. Hoops recounts the season he spent with the fabled ’92 Kentucky team that fell in epic fashion to Duke. And he compares John Wooden and Mike Krzyzewski. Get a TO, baby, and listen up. This is a basketball treat.

The Twitter description for Hoops says he has been “covering college basketball for 8,000 years.” That’s not true. Honest. He first started covering the sport in 1973 for the Philadelphia Daily News, where he also wrote about the NBA. He left the paper in 1993 and spent the next 20 years as the national college columnist for the New York Daily News. Hoops has been the international basketball writer for BlueStar Media since 2013. He has also done work for CNN, the Big Ten Network, the American Conference, Basketball Times, and George Raveling’s Coaching for Success Academy. He’s a regular guest on sports radio shows across the country.

Weiss is a member of the national Sportswriters Hall of Fame. He was the youngest recipient of the prestigious Curt Gowdy Award for media excellence from the Naismith Hall of Fame. Hoops is also a member of the U.S. Basketball Writers Hall of Fame, the Philadelphia Big 5 Hall of Fame, and the Philadelphia Sports Hall of Fame. He served as president of the U.S. Basketball Writers Association in 1993-94. Hoops has co-authored books on basketball Hall of Famers Rick Pitino, John Calipari, Dick Vitale and Theresa Grentz, co-writing the last two with his wife Joan Williamson. Their first date in 1966 was at a Big 5 doubleheader at the Palestra. Hoops has also written a tribute book to Krzyzewski, the legendary Duke coach who is in his final season. Hoops has served on various nominating committees for the Naismith Hall of Fame and serves on the Honors Committee for the College Basketball Hall of Fame.

Although best associated with basketball, Weiss has also covered college football for decades. He is a recipient of the Bert McGraine Award from the Football Writers Association of America and the College Football Hall of Fame – the highest honor given to a college football writer. Weiss served as president of the Football Writers Association of America in 2004, and FWAA Executive Director Steve Richardson said: “Many times Dick has pushed for better working conditions for writers behind the scenes and worked within the system to achieve that agenda. Dick has always had the writers’ best interests at heart.”

Weiss has also received the Jesse Abrahamson award from the Penn Relays; the Journalism Hall of Fame award from his alma mater, Temple University; the inaugural Big East media award; the pre-season NIT media award; the Leader of the Heard award from Fairfield University for outstanding contributions in basketball journalism; the Edwin Pope media award from the Orange Bowl; the Frank McQueen media award from the New England Basketball Hall of Fame; and the Jim Murray Outstanding writing award from the All-American Football Foundation. Weiss graduated in 1970 from Temple, where was in the journalism honor society. He served two years as sports editor of the student newspaper, The Temple News, and was also the sports editor of the school’s yearbook. He did color commentary for Temple football on the student radio station, WRTI, and he even had a brief stint as a soccer goalie in 1967 on an NCAA tournament team. His career began at the Baltimore Sun, the Trenton Times and the Courier-Post before he joined the Philadelphia Daily News in 1973.

Evergreen Podcasts May 11, 2022
Vito Stellino has been writing about the NFL since the players needed off-season jobs to make a living....
Listen to Vito Stellino: “I was Lucky to be in the Right Place at the Right Time.”

Jarrett Bell: Getting personal with the NFL

Evergreen Podcasts Apr 27, 2022
Jarrett Bell has been writing about the NFL since 1981, including the past 29 years as a national columnist for USA Today....
Listen to Jarrett Bell: Getting personal with the NFL

Malcolm Moran: “So Reggie is holding court before the game . . . “

Evergreen Podcasts Mar 30, 2022
My motto: Any time spent with Vahe Gregorian is time well spent. You’ll enjoy this hour with the sports columnist for The Kansas City Star as he s...
Listen to Vahe Gregorian: “What do I do With This?”